Tell us how we can help!

We look forward to hearing from you. Your information will be routed to the nearest office and we will do our best to respond within 24 hours.
Thanks! 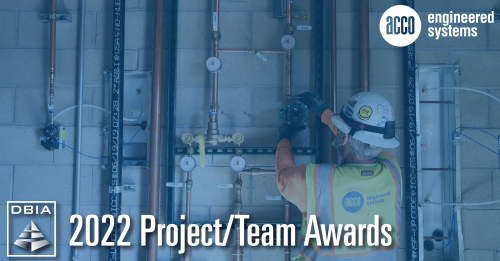 During Phase 1 of the project, construction included new 128-bed housing facilities, a kitchen, a probation operations facility, and an education complex that replaced the existing Girl’s Rehabilitation Facility and Camp Barrett Juvenile. The planned 140,000 square-foot campus will include additional facilities to support the needs of the youth. For this design-build project, ACCO delivered the HVAC, plumbing, and site utilities services.

The project consolidated CARB’s existing locations throughout Los Angeles into a single location in Riverside, California. The 380,000 square-foot facility consists of test cells for testing vehicle emissions, a chemistry laboratory, and a workplace for testing new vehicles. It is also the largest true net zero energy facility of its type. ACCO served as the design-build mechanical contractor with Affiliated Engineers (AEI).

Located in Arcadia, California, the renovated warehouse manufactures cell and gene therapies for cancer patients. The facility consists of cleanrooms and support labs and rooms. ACCO performed the HVAC and plumbing scope and worked alongside AES Clean Technology for the cleanroom work.

This website uses cookies to improve your experience while you navigate through the website. Out of these cookies, the cookies that are categorized as necessary are stored on your browser as they are essential for the working of basic functionalities of the website. We also use third-party cookies that help us analyze and understand how you use this website. These cookies will be stored in your browser only with your consent. You also have the option to opt-out of these cookies. But opting out of some of these cookies may have an effect on your browsing experience.
Necessary Always Enabled
Necessary cookies are absolutely essential for the website to function properly. This category only includes cookies that ensures basic functionalities and security features of the website. These cookies do not store any personal information.
Non-necessary
Any cookies that may not be particularly necessary for the website to function and is used specifically to collect user personal data via analytics, ads, other embedded contents are termed as non-necessary cookies. It is mandatory to procure user consent prior to running these cookies on your website.
SAVE & ACCEPT